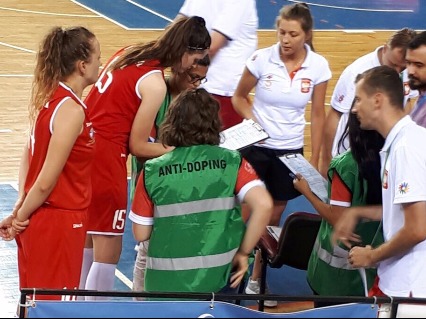 Turkey is the center of attention from across the world for the deaf community. The nation is hosting one of the biggest events in the world: The Deaflympics. A few years after Taipei had showcased their prowess in hosting a world-class sports event like the Deaflympics, Samsun was given the chance to show the world what they could deliver. Playing second fiddle was not an option. Needless to say, Samsun did not disappoint. The 2017 Deaflympics have raised the bar for all Deaflympic Games henceforth.

The hosts have been very proud to receive overwhelming positive reviews from the media from around the globe.  In fact, even though the 2009 Deaflympics held in Taipei are often regarded as the best ever in terms of preparations, some members of the press admitted that Samsun may have raised the bar slightly in terms of the sporting infrastructure. Athletes from around the world are treated to a blend of newly-built facilities, exceptional yet temporary venues and historic sites.

Everything went beautifully in Samsun opening ceremony, where the Olympic cauldron was lit in a spectacular performance. The venue, that can  accommodate up to 35,000 people, presided over the magnificent opening ceremony.  Other arenas delivered by Turkey include  the Samsun Olympic Swimming Pool and the Ilkadim Athletics Field in Central Samsun both of whom  easily count as  the most inspiring venues ever constructed for the Deaflympics.

The Deaflympics village features diverse food, beautiful architecture, seaside setting, and warm spirit. For the first time the deaf athletes stay altogether in the village and have chance to communicate in Olympic spirit and make friendships.

It is very unfortunate that some athletes have taken to social media to express their disappointment with the food and transport conditions in the athletes village revealing the ghastly details on twitter and facebook.

“Widely recognized as the most successful and first ever Deaflympic village in the history of the games, Samsun athletes village featured virtually no controversies”, said ICSD Vice-President-World Sports Kang Chen who visited the village a few times and had dined there with other members of the ICSD Board. They describe it as the finest Deaflympic village. “Everything is beautiful there”, stated David Lanesman, ICSD Vice-President-Youth Sports, “starting with the fresh air, as it is surrounded by the mountains from another side”.

The Deaflympics gives Samsun a chance to display its fun and beauty, attracting tourists from across the world. Beyond the competition, the Games are establishing a foundation for sports in Samsun, Turkey.  In fact, ICSD President, Dr. Valery Rukhledev stated “Sports is the best way to put the city on the international stage, improve its condition, and inject life into it”.